A New York real estate company specializing in Section 8 housing has purchased the Broadway Glen apartments on upper Broadway for $9.5 million and plans to update the building.

“We’re leaving it as is and we’re going to be doing some upgrades and rehabilitation on certain parts of the building. It will remain affordable housing though.” 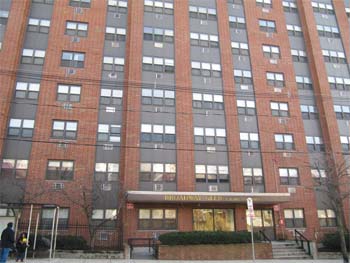 Horowitz said his company specializes in Section 8 properties and has around 5,000 units in 13 states within its portfolio.

Horowitz said they were attracted more to the property than to Chelsea itself, but they are familiar with the transformation in the City and believe it is on the right track.

“We own and operate affordable housing properties with Section 8 contracts and that’s what pulled us there,” he said. “We weren’t necessarily pulled to Chelsea in particular, but the area is very attractive and City Manager Jay Ash is doing great things for Chelsea. We’re very excited to be there.”